William T. Ratliff grew up in Pikeville, KY and later Richmond, KY& has returned home to practice law with Simons & Fore, P.S.C. In 2014 he graduated from the University of Kentucky with a B.B.A. in Finance, and in December 2016 he graduated from the University of Kentucky College of Law. During law school Mr. Ratliff took advantage of two study abroad opportunities: first in Lyon, France where he studied civil and common law Secured Transactions, and later in Beijing, China as part of an International Bankruptcy Law program. He is most proud of having externed for two federal judges: Judge Tracey N. Wise, Chief Judge for the Eastern District of Kentucky, and Judge John M. Rogers on the Sixth Circuit Court of Appeals. In 2017 Mr. Ratliff was admitted to the Kentucky State Bar & Eastern District of Kentucky in 2017, as well as the Western District of Kentucky and Sixth Circuit Court of Appeals in 2018.

Prior to joining Simons & Fore, P.S.C., Mr. Ratliff worked for a regional law firm exclusively representing creditors in foreclosure proceedings as well as Chapters 7, 12, and 13 in bankruptcy court. He is a Life Fellow of the Kentucky Bar Foundation. 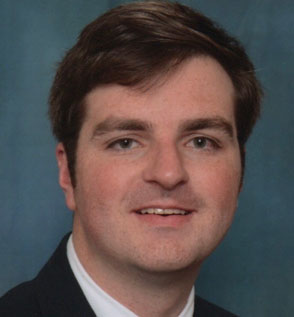